Imagine you are a young woman, feeling relieved that finally, at 3am, you are done with your shift at Ev’s Eleventh Hour Sports Bar in Queens, New York.  You drive home to your city apartment building and park in the lot across the street.  As you walk towards your door, you hear someone behind you.  Your heart jumps into your throat as you see the man quickly approaching you.  You start to run to a nearby intersection.  Before you make it, you are stabbed twice in the back and scream out “Oh my god, he stabbed me!  Help!”  with all your remaining strength.  A neighbor yells out “Let that girl alone!” and you think you are safe as your attacker runs away from you.  You crawl towards your apartment door in search of help, but it’s locked.  You lay there feeling weak and tired.

Unfortunately, this is the fate that met Catherine Genovese, the eldest of five children in a middle-class Italian American family from Brooklyn in March of 1964. 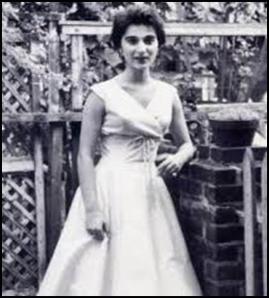 As she lay in the alley next to her building, Winston Moseley, her attacker, returned.  He proceeded to stab her, rape her and then steal $50 before leaving her in a hallway.  The whole attack spanned 30 minutes.  Following the second attack, the police were called, but she died en route to the hospital.  Later reports revealed that about a dozen people witnessed (in some way) a part of the attack including the man who had yelled out and scared Moseley away the first time.  But if so many people heard her screams or saw her crawling in the street, why hadn’t anyone done something?

Did these neighbors not know what to do or did they just assume that someone else would call the police?  One neighbor later admitted that they “didn’t want to get involved.”

This is a very famous incident that served as a key example of something known as the bystander effect.  Social pyschologists have established that the presence of other people in a critical situation actually decreases the likelihood that someone will help.  In their seminal work on the topic, John Darley and Bibb Latané, researchers at Columbia University, identified some possible explanations to explain this behavior.

1. Diffusion of responsibility: people tend to divide the responsibility by the number of bystanders.  The more people there are, the less each individual will feel compelled to act.

2. Evaluation apprehension: people are fearful of others judging them while acting publicly.  They are afraid that they will make a mistake or do the wrong thing with others watching.

3. Pluralistic ignorance: people tend to rely on others when navigating an ambiguous situation.

In a study carried out after Ginovese’s brutal attack, Darley and Latané wanted to see if this effect would play out in a laboratory setting.  They recruited male Columbia University students with an ad for taking part in a survey about campus life.  When they arrived at the experiment, they were shown into a room where they were told to fill out a preliminary questionnaire.  While in this room, subjects were either:

2. with two other subjects

or 3. with two researchers (pretending to be subjects).

While they were filling out the questionnaire, experimenters slowly introduced (harmless) smoke through a small vent in the wall.  The smoke flowed in freely and after several minutes, it became so thick that vision was obscured.  The researchers then watched behind a one-way window to see how the 3 groups would respond and to test whether those responses were different.

What do you think the results were?

When the subject was alone, he would typically see the smoke, get up and walk to the vent, sniff it, wave his hands in it, feel the temperature, and then after a short period, leave the room to look for someone to report it to.  When the subject was in the room with two researchers who were instructed to behave indifferently to the smoke, only 1 in 10 reported it.  The other 9 subjects remained in the room, determinedly working on their questionnaires, coughing and waving the smoke out of their eyes!  In comparison to the response rate of the alone condition (75%), only 10% of subjects in this condition reported the smoke.  Finally, when all 3 bystanders were naive, of the 24 people run in 8 groups, only 1 person reported the smoke within the first 4 minutes before the room became highly unpleasant!

Why does this happen?

In an exit interview, most subjects reported the smoke when asked if they experienced any difficulty with the questionnaire.  They had all noticed it.  Subjects who had reported the smoke during the experiment consistently reported that they thought it was “strange” and “it looked like something was wrong.”  Subjects who had not reported the smoke during the experiment mainly all had decided that it was not a fire and had come up with some kind of alternative explanation for its presence.  Some were convinced it was steam or a side-effect of the air conditioning unit. Two people even reported that they thought it was “truth gas” introduced to get them to answer the questions truthfully (the researchers report that they were shocked that these subjects did not seem disturbed at all by this belief).

Perhaps the subjects felt that having other people present increased their ability to cope with a fire.  It is also possible that subjects in the group conditions aimed to appear more brave when others were watching; however, the researchers make a different argument.  As they discovered in follow up interviews, it was not that subjects were unworried about the fire or willing to endure danger.  It was that the subjects that did not report the smoke claimed that they had decided that there was no fire at all; the smoke was caused by a harmless source, a decision that was highly susceptible to social influence.

In the news reports of Catherine Genovese’s murder, reporters blamed the apathy that grips people who live in big cities.  Darley and Latané conclude that the failure to intervene may be better explained by understanding the relationship among bystanders rather than that between a victim and a bystander.

I have always found this social psychology work fascinating and hugely informative and applicable to how I navigate the world.  Knowing the traps and pitfalls that your brain can unknowingly fall victim to is the first step towards avoiding them.  Here we see how the presence and behavior of others can influence an individual’s response in an emergency situation.

So, if you ever find yourself in an emergency situation (and I hope you don’t), try to remember the lessons we have learned from Catherine Genovese and think about whether or not you want to remain passive.